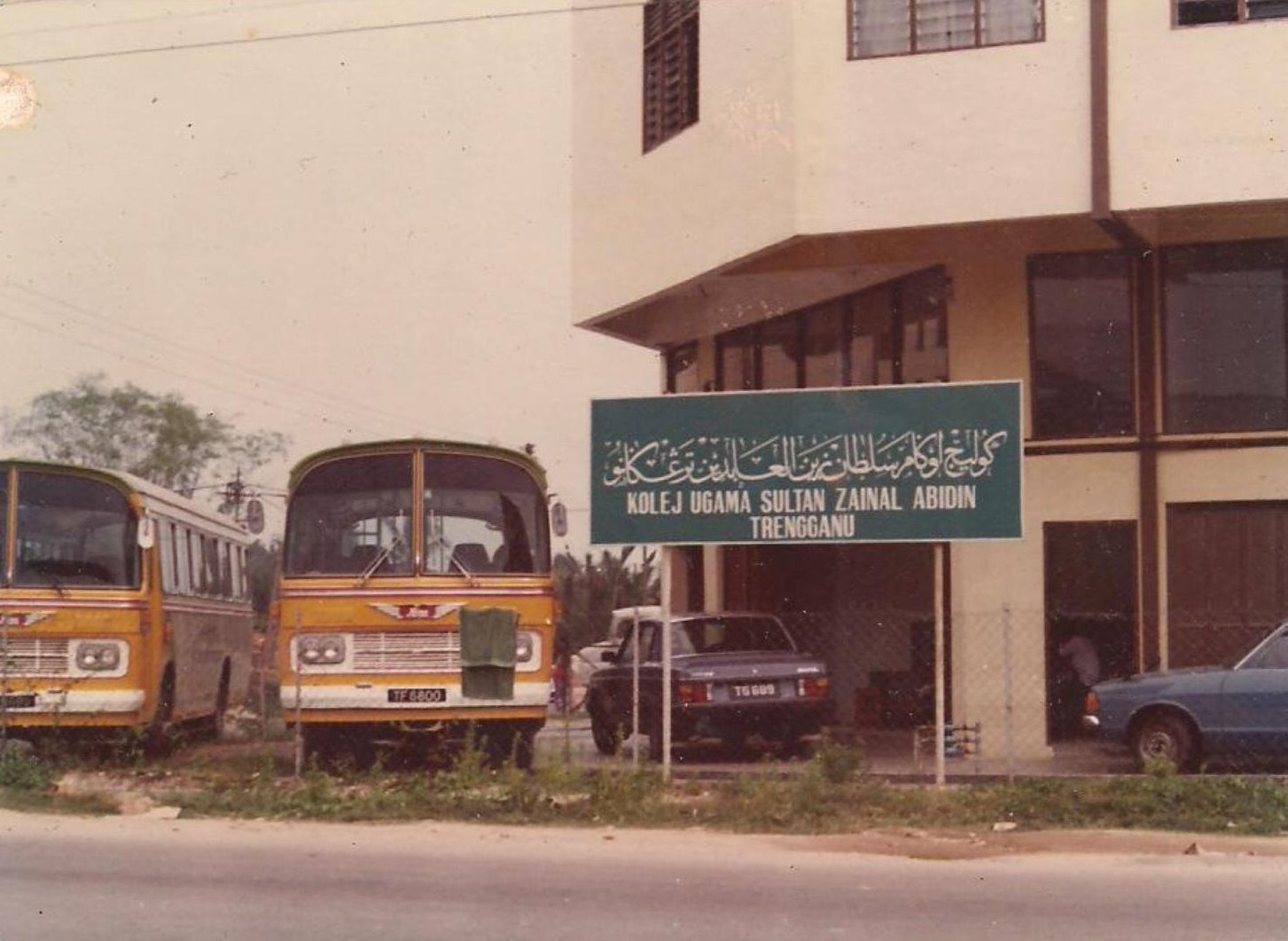 The establishment of Kolej Agama Sultan Zainal Abidin (KUSZA) began with the agreement reached in the Terengganu State Government Meeting on 17 August 1978 to set up an Islamic Higher Learning Institution under the name KUSZA.

KUSZA was set up to improve the level of religious education, especially to the people of Terengganu and to implement a more systematic Islamic education system as well as to produce semi-professional workforce required by the public and private sectors.

The history of the hostel (the name of the Residential College was first adopted in 2013) commenced on April 24, 1981 in tandem with KUSZA's temporary placement in a shophouse in Jalan Hiliran, Pulau Kambing. The KUSZA management has appointed Ms. Fatimah Omar to supervise student accommodation at that time.

After the foundation by Almarhum Sultan Mahmud Al Muktafi Billah Shah on March 17, 1981, KUSZA moved to the 144-hectare permanent campus in Gong Badak at the end of December 1982. A total of 22 hostel buildings were set up to accommodate students enrolled in KUSZA.

On 1 January 2006, KUSZA was officially upgraded to Universiti Darul Iman (UDM). Four blocks of buildings were rented off campus in Kampung Tok Jembal and Kampung Wakaf Tengah to accommodate the number of students temporarily awaiting the completion of the construction of new dormitory buildings.

Another block of rented property in Kampung Ladang to place medical students from the Medical Campus (formerly known as the Kampus Kota).

To provide more comfort to students staying in dormitories, 17 new dormitory-built apartment buildings were built next to the old dorm building.

At the same time, hostel management has been rebranded to the Student Housing and Welfare Unit (UPKP) and has been placed under the administration of the Dean of Student Affairs & Alumni.

When UDM was renamed to University of Sultan Zainal Abidin (UniSZA) on May 14, 2010, three more dormitory building blocks were built and completed in 2013 in line with the opening of the new campus in Besut.

In 2013, UPKP was upgraded to a Center of Responsibility (PTj) and known as the Residential College Office UniSZA. The director's position has been set up to achieve the mission; to drive and place UniSZA’s Residential Colleges comparable or equivalent with world-renowned university colleges in the world but still stays in Malaysia's reference.